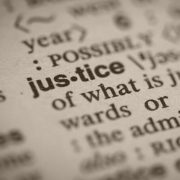 In a recent appeal before the Supreme Court, the court was asked to consider the basis upon which it may infer a tacit term into a written contract.

SAFA and Fli-Afrika concluded a joint venture agreement which provided that Fli-Afrika would source and supply 2500 Football World Cup packages to SAFA and its designates per week, the packages would include accommodation and transport to and from games, SAFA would supply 2500 tickets per week to Fli-Afrika for various games, and SAFA would pay Fli-Afrika the balance of any weekly unsold packages if the latter was unable to sell 2500 packages per week.

Fli-Afrika spent R27m making bookings of hotel rooms to complete the packages a.

SAFA could not supply the tickets because Match was the only authorised seller of tickets. Fli-Afrika was therefore unable to secure bookings from the general public to recoup the booking costs it had spent.

Fli-Afrika was only able to recoup R13.7m from the sale of packages and sought to claim the shortfall on its expenditure for hotel bookings from SAFA on the grounds that SAFA would lay out money for all travel arrangements, including accommodation and would be reimbursed therefor on submission of the expenditure to it; or alternatively, it was a tacit term of the joint venture agreement that Fli-Afrika would lay out money for hotel accommodation and would be reimbursed by SAFA for the costs of all travel arrangements.

SAFA contended that Fli-Afrika’s interpretation of the joint venture agreement was incorrect.

The court found that –